to the on-line Club House of the

On April 18, 2016, the Maine Golden Retriever Club (MGRC) was approved by the American Kennel Club to hold licensed specialty shows.  In July 2011, MGRC was incorporated to operate throughout the State of Maine as a domestic non-profit corporation and Golden Retriever Specialty Club.

The purposes of the Maine Golden Retriever Club are listed in its bylaws located on this site.  Some of its purposes are to encourage and promote quality in the breeding of purebred Golden Retrievers; to do all possible to bring their natural qualities to perfection; to urge members and breeders to accept the standard of the breed as approved by the American Kennel Club; to conduct AKC sanctioned events within Maine; and promote cooperation and good sportsmanship among its members in the ownership, training and exhibition of Golden Retrievers. 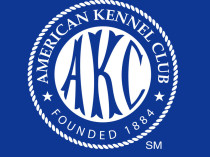 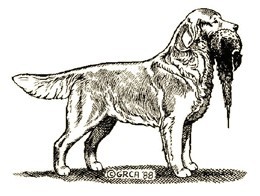 Prior to receiving its license to conduct specialty shows in April 2016, in August 2012, the American Kennel Club (AKC) accepted the Maine Golden Retriever Club as a Specialty Club at the Sanction B affiliation level.  In September 2014, AKC approved MGRC to hold Plan A (OA) matches. MGRC is the only Golden Retriever club located in Maine which is affiliated with AKC.  In March 2013, MGRC was welcomed as the newest provisional club of Golden Retriever Club of America (GRCA).  In April 2014, the GRCA granted Full Member status to MGRC. The club is also a member of the Federation of Maine Dog Clubs.

The club meets on a monthly basis, usually on the weekend, and conducts its meetings at various locations within its AKC territory.  Meeting dates, times and locations are posted on this site.

Please join us if you have an interest in learning more about the Golden Retriever, its behavior, health and heredity.  MGRC sponsors and participates in various events throughout the year.

It's all about Goldens, not about people! 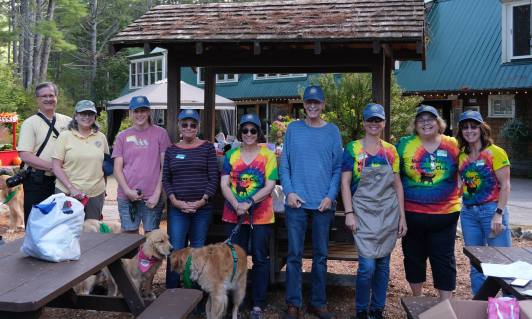 MGRC celebrates its 10 year anniversary by honoring it's Charter Members! 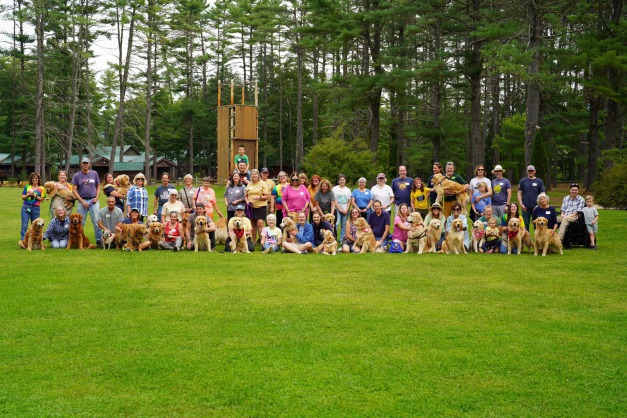